Seven years ago, I started working on a simple game about building airships and blowing them up again. Over time, it became definitely not simple, and I'm very proud to announce that it's now sold 100'000 copies!

You can build airships and landships from more than a hundred modules in a free-form way. You can ram enemy ships, board them, watch them break apart, fight against sky-krakens that eat your crew. You can conquer the world in multiplayer. You can replay fights and take over at any point to change the outcome. 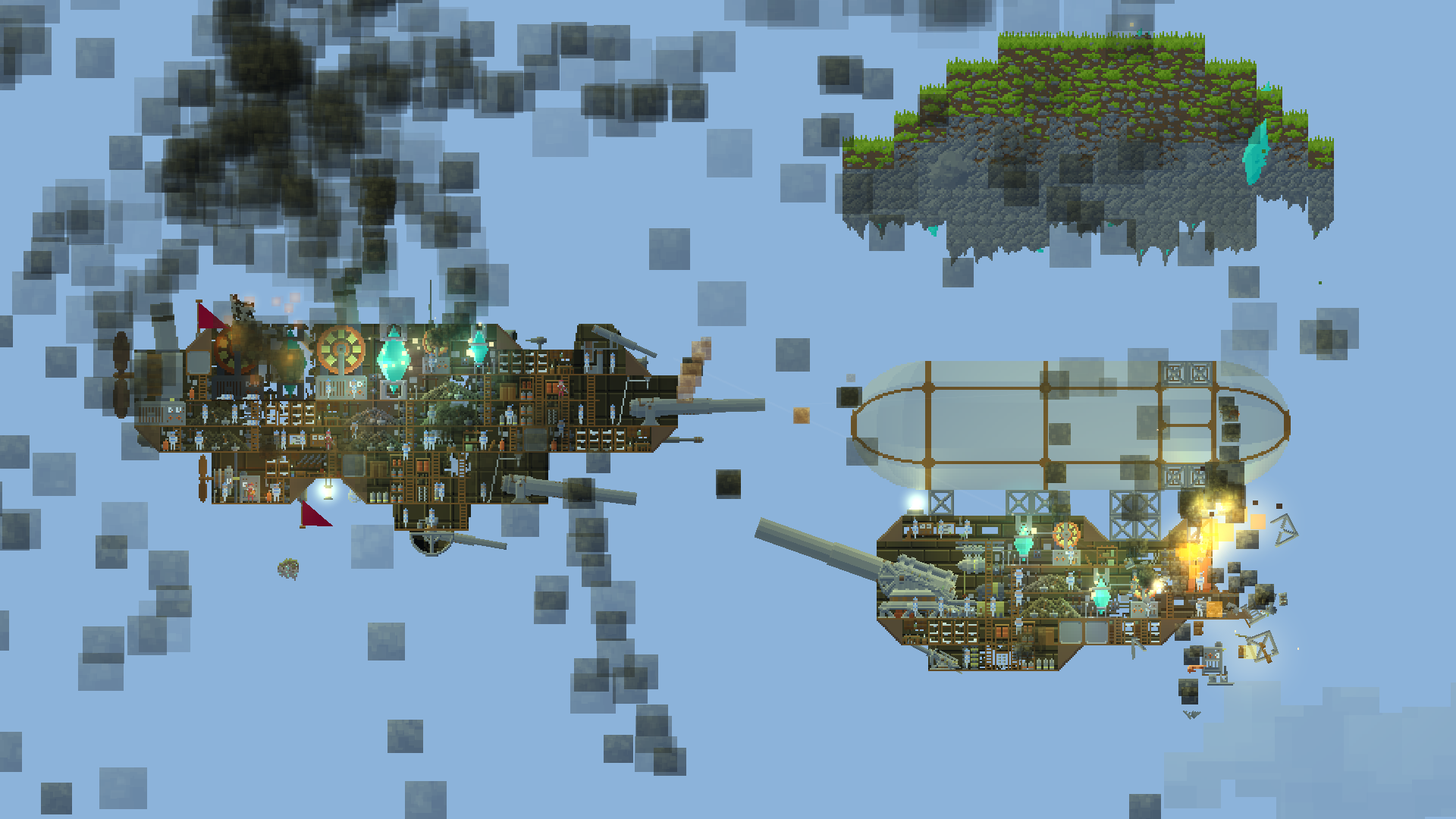 I designed and developed the game, made most of the graphics and sounds, did the marketing and community management. Curtis Schweitzer has created an amazing soundtrack for it, Karina S drew beautiful art, Javier Zúmer improved the sound design, and many many community members have contributed graphics, ship designs, and vast amounts of feedback.

The game is a hidden gem : 95% positive reviews on Steam, thousands of user-created ships and hundreds of mods in the workshop, but not much media coverage.

So I admit I'm also here to say: Hey! Look! We made this thing, and it's actually really cool and pretty big now!