So here we are, two months later, with the third instalment of the strategic multiplayer dev log. While Christmas and a busy January took their time, a lot of work has gone into making the details of conquest multiplayer work.

The setup GUI now works in the same way as resume, with a set of slots available to players. Any number of players can join in LAN and server-based MP mode, and players can also spectate. 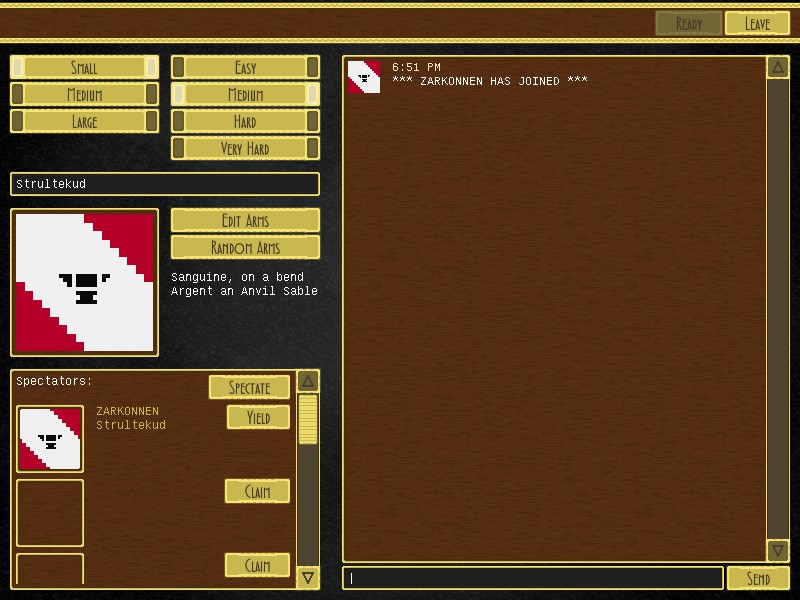 Like in the single-player version, players are now able to do combat setup and use reserves. Combat chat is also much nicer now. Finally, there's now a detailed desync detection system that will report when the world state of two players deviates.

So now is the time to start testing this in earnest! Because it's a big update that changes a lot of things under the hood, I don't just want to dump this on all players. Instead, I'm going to start with a closed alpha.

I'm looking for a small number of players - you, perhaps - who would like to thoroughly test strategic multiplayer. I need feedback both at the technical level with detailed bug reports and at the game experience level, where you tell me what the user interface and game balance needs.

Are you up for it? Join the Discord and message me.