Why no ground troops?

During development of dev 9.2, I realised that there were major obstacles to making ground troops work, which is why I dropped them. Here is why:

One obstacle is their positioning and movement. Land-based boarding troops want to move to the nearest entrance for their target ship. Navigating the shifting landscape of the battle to get to that entrance is pretty tricky, but their goal is well-defined. 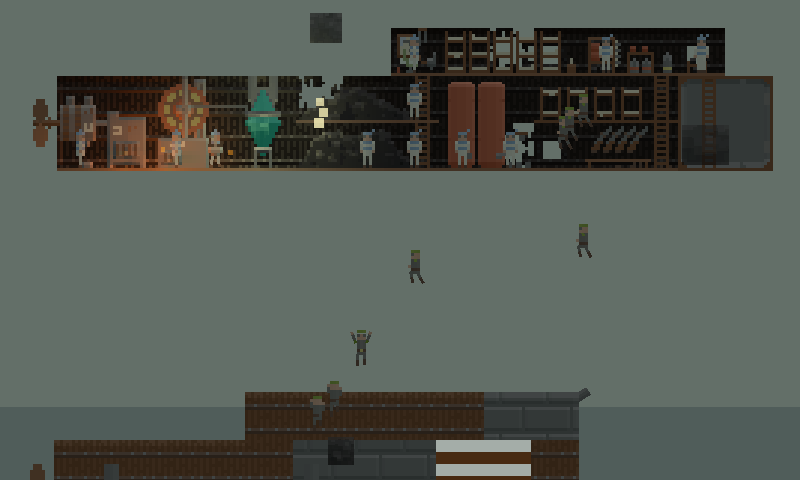 Flying boarding troops, well, they just fly towards the entrance in more or less a straight line.

Flying attack troops do strafing runs, flying back and forth past their target, guns blazing.

But what about land-based attack troops? They need to position themselves in a location close enough to the enemy to fire accurately, but they can't freely move in space. So they have to pick some spot on the ground, or on a floating rock, or on a construction. But this would mean that a lot of them would end up in the same spot, which is confusing and looks awful. Is that two soldiers or fifty soldiers gently wobbling and vibrating past each other? 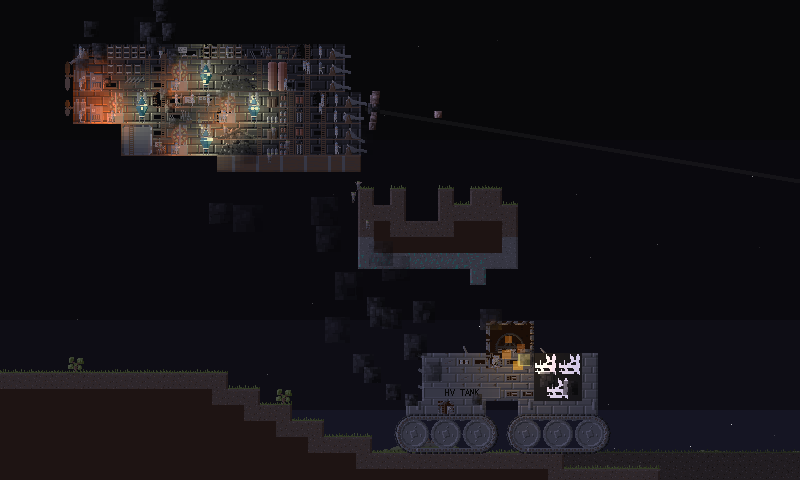 So they also have to factor into their calculations how to position themselves not to overlap. The positioning of ground troops would depend not only on the shifting shape of the battlefield but also on the positioning of all other troops. You can see that this is quite a mess. I can write some code for this, but I think it would work badly. Troops would enter oscillations, moving back and forth between multiple positions in reaction to each other. They would get stuck and out of position. They would be very frustrating to use. And through all of this, they would be moving slowly, staying outside, vulnerable to weapons fire.

Of course, this could be fixed by giving players fine control over the troops, allowing them to be selected individually and in groups, and rapidly re-positioned as needed. But that would move the game towards a micro-heavy clickfest like StarCraft, where your ability to have massive APM and fine motor control is what matters. I have no problem with such games, but that's not what Airships is, or should be.

The second obstacle, which I already touched on above, is that walking attack units would be very vulnerable. Compared to fliers, they move more slowly and predictably and are hence easier to pick off. And unlike boarders, which only have to be outside for the time it takes to cross over to the target, they would be outside permanently.

So what niche would they fit in, tactically? Not as tough as a small landship, not as manoeuvrable as a plane.

And indeed, in-universe, this holds too. In a world where giant flying ships and armoured walkers exist, infantry is bringing a knife to a gun fight. Of course infantry exists in-universe, but it's for holding territory, occupying cities, not for breaking the enemy's strength in big battles. 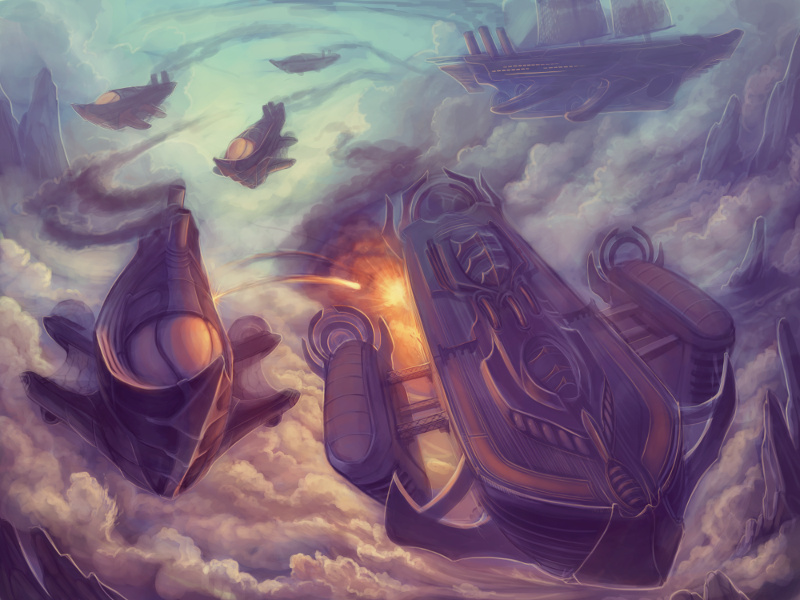 So: if I can find a way to add ground troops to the game that will make them a viable, and will make the tactical options significantly more interesting, then I can try to program behaviours for them that make sense. But otherwise, it would just be a lot of work for no result other than an item on a features list.

And that's why there's no ground troops.

Next up, I'll be writing about what's coming up instead, and the general plan from now until the 1.0 release.