I am happy to announce that Airships: Conquer the Skies will be released on August 16, 2018.

It's been five years of development, nearly all of it with public builds available, going from a ship construction prototype with weirdly greenish-tinged wood to its current state, with multiplayer, dragons, landships, and well, more ship design. 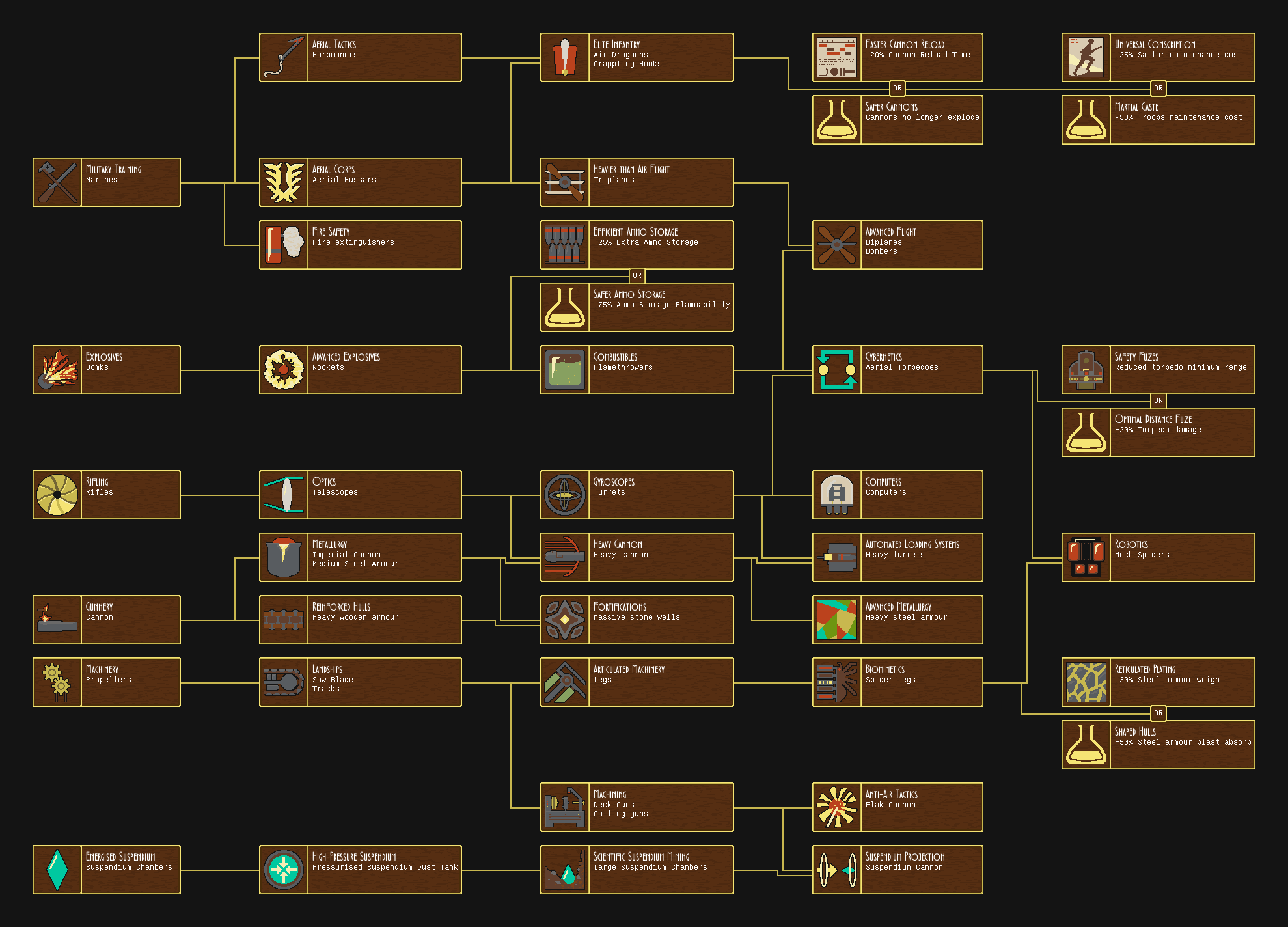 Here's a bunch of the cool stuff the game now contains:

From now until release, I'll be concentrating on improving conquest mode and the game tutorial. After, I will of course continue supporting the game with bug fixes, balance patches, and user interface improvements.

Are you a member of the press or a streamer? Would you like to know more? Are you going to gamescom? Drop me a line.

Would you like to buy the game now? Here's a handy Steam button thingy: