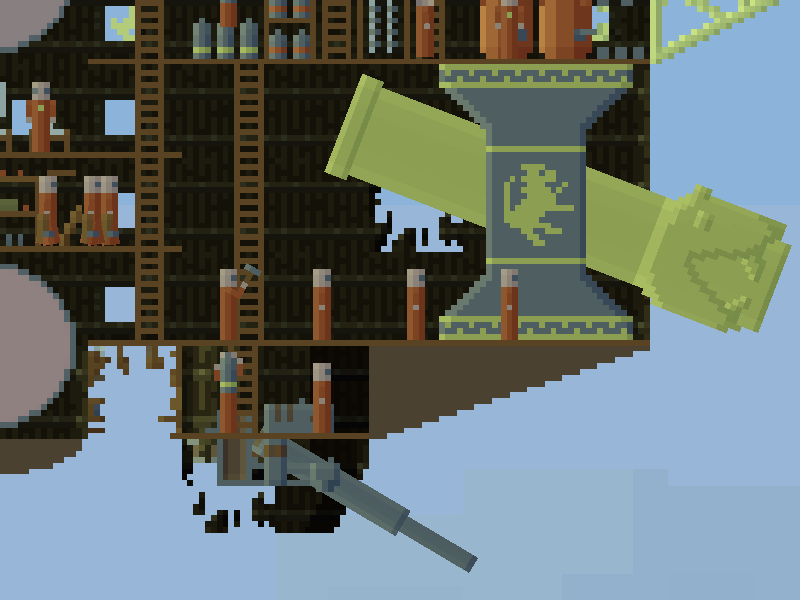 Have you ever wanted to worship the monstrous Worm Eye? Penetrate the mysteries of life and death? Summon your own undead Kraken? Well, now's your chance. Select the Worm Eye as your heraldic symbol and get access to a whole new part of the tech tree that lets you recruit cultists and shape your cult.

To try it out, start a new conquest game and make a coat of arms that uses the Worm Eye. 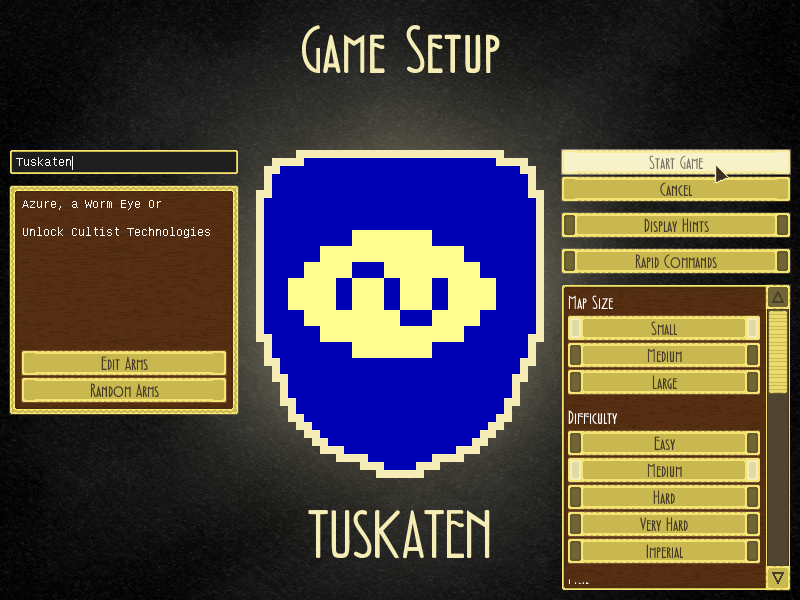 Unlike other heraldic symbols, the Worm Eye doesn't give you any immediate advantages, but it unlocks a new strand of the tech tree. There, you can develop your cult and delve into unhallowed mysteries.

At the first level - unlocked if you're playing on at the default starting tech level - you gain the ability to crew your ships and buildings with cultists. They're not quite as fast and effective as real sailors, but their fanatic devotion means that they can endure even worse living conditions, so you get more of them, and they're cheaper, too.

At the second level, you can choose the form of your cult. Does it try to spread its beliefs, or is it a secret cult? In the former case, sympathizers in other cities make your spy actions more likely to succeed. In the latter, your cult's closed nature makes enemy espionage harder. (Oh, by the way, I fixed up and rebalanced spy actions for this update.)

At the third level, another choice: Does your cult appeal to the masses, or does it court the already wealthy and powerful? Do you want even cheaper crew, or increased industrial production?

At the fourth level, your cult starts investigating deeper mysteries, blurring the line between life and death. Your sickbays can now bring dead crew back to life.

Finally, at the fifth level, you use your necromantic knowledge to resurrect and control the carcass of a giant aerial kraken. The resulting beast is rather ponderous, but very hard to kill, and its partially decayed tentacles do massive damage especially to buildings. 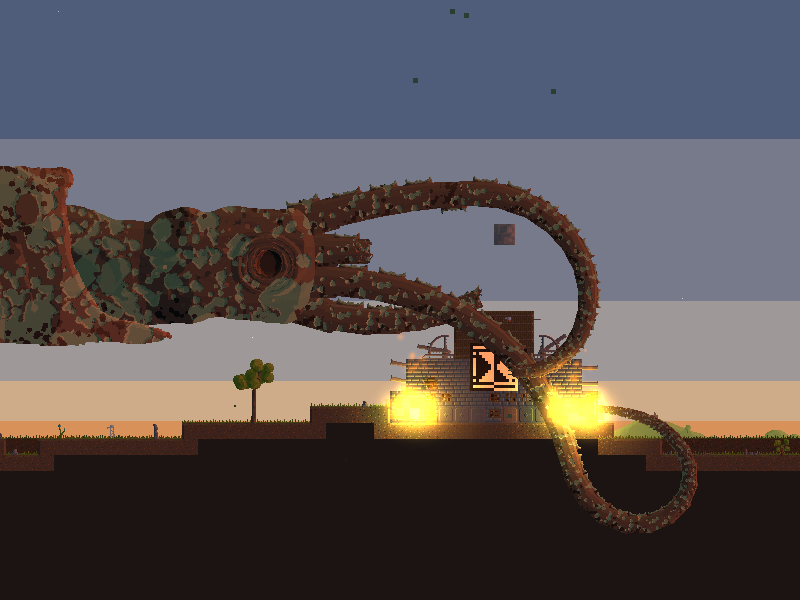 All this is now available in the newest Airships: Conquer the Skies update. Currently 30% off on Steam and itch.io. Merry spookmas.